We left to go workout around 17:00. We were initially going to blast a quick one and do banana bar after, but the workout went really well. My first shirtless workout. It’s just too hot to workout any other way.

Tapear Gym was cool. You walk about 5 minutes up the road from Alena, and wrap around this garden at the base of a huge hill, which is just covered in units under construction. A giant construction site on side of a beautiful hill. Steppes on steppes of concrete and rebar. It’ll be a different island once this gets built.

So you get to a path ringing this giant drainage reservoir. You enter this semi-outdoor bar / reception area and give this old Thai guy 100 Baht. Then you walk 20 meters down the path and the gym is in a semi-outdoor space, with one bench press fully outdoors.

Right away I’m vibing. It’s like the street gym, the ghetto gym. The trap gym. Everything’s rusted, and you have to screw on the weight collars. It’s a gym where you get it done or get out.

It was empty when we first arrived, but 2 dudes and a girl were there by the end. Close to the end of the workout a British guy asks if we’re ok being in a promotional video for the gym. We oblige him, and keep working out. I did some kickboxing action shots for the camera and definitely popped the blister on my foot. Cody did some pull ups for the camera.

There’s a tatted up Thai dude named Jack working out there with us as well, and he’s working out with this pink towel draped over his shoulders. David, the film director says “Mate, could we lose the pink towel? You’ve got all these hard knock tattoos but then the pink towel.” We all laughed.

We’re all going to be famous now. The experience also brought together us strangers in the gym. We ran into Jack while he was working in his tattoo shop. We’re going to drink and smoke with him later at the shop.

Is it wrong to hope this gym doesn’t get popular?
It’s nice to have it all to ourselves. 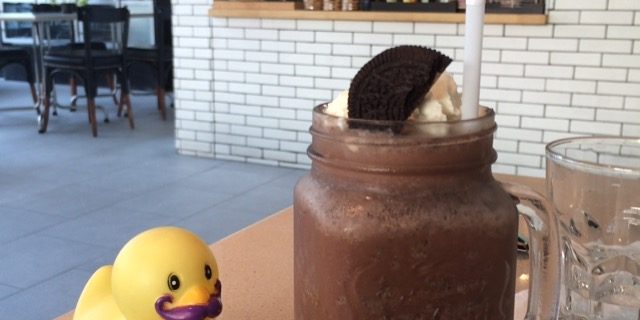