Bouncing around in the back of a Land Cruiser with David behind the ‘ol wheel. We just saw some Lions like way up close—about 3 meters. Today has been epic. We’ve just been in a hot air balloon over Maasai Mara. Here’s what happened.

We wake up at 3:45 AM to meet David–our driver–at 4.15 AM to drive to the launch site. We had negotiated the price down to $400 successfully last night. During that negotiation we asked if they took credit card and our traditionally dressed Maasai warrior friend pulled a credit card machine out of his red robe..alright then. Anyways, we drive about 1.5 hours to the launch site and 11 of us plus the pilot get into the balloon.

There’s about five balloons being launched by this company and it’s a cool sight to see. We all ‘pre-load’ into the balloon basket, which is sideways on the ground. We lay in the basket like it was a bunk bed, watching it get inflated a bit by some fans until Captain Mike lights up the burner and fills her up with hot air like a flamethrower. Soon enough we’re airborne, coasting like 10 feet off the ground. Fucking spectacular. 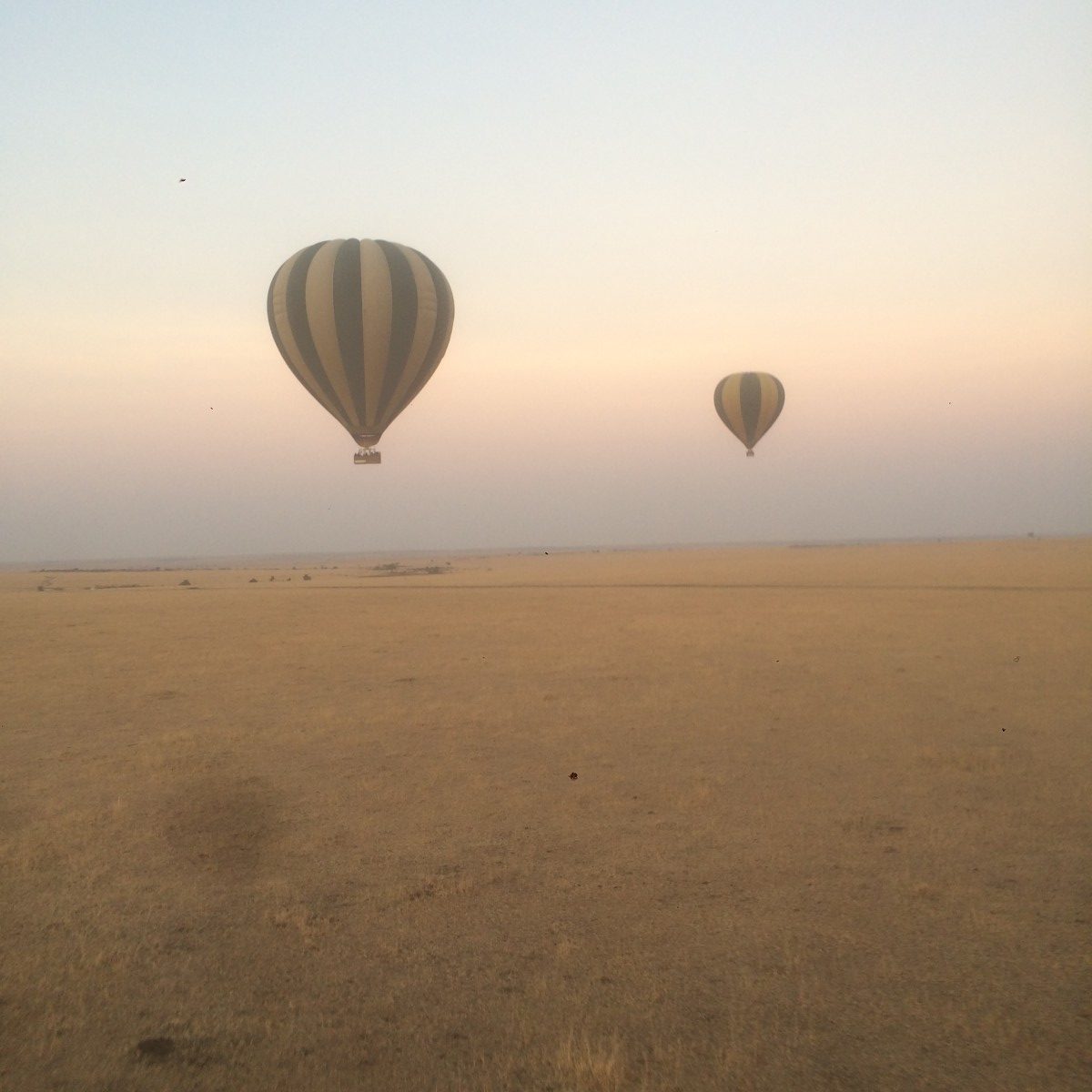 Herds of zebras and wildebeest—they roll together—running around. The sound of our burner scares them and their herd stampedes away beneath us–what a cool sight. Everyone in the balloon is stoked on life. We see zebra, wildebeest, and topi—fucking topi everywhere. Every time I think I see something like a gazelle, NOPE. It’s a topi. Fucking topis.

We spend about an hour airborne, and then land the balloon on the ground. David picks us up in the Land Cruiser and we head to the site for the champagne breakfast. After about 10 or so minutes we get there. What sight, white tablecloths and silverware in the middle of fucking nowhere! We all grab a glass of champagne, which of course, is included in the price.

Our balloon group sits at the same table. It’s me, Faryar, and Farhad, and then the three Swedes, two Chinese, and two Dutch tourists. I get two helpings of breakfast. It was fucking dank. They had a buffet of some curry dish, bacon, french fries, and sausages, and then an omelette/fried egg/crepe bar toast with a toast finale. And you can’t forget the desert bar. I had a bloody mary and like three plus glasses of champagne and was feeling pretty good. 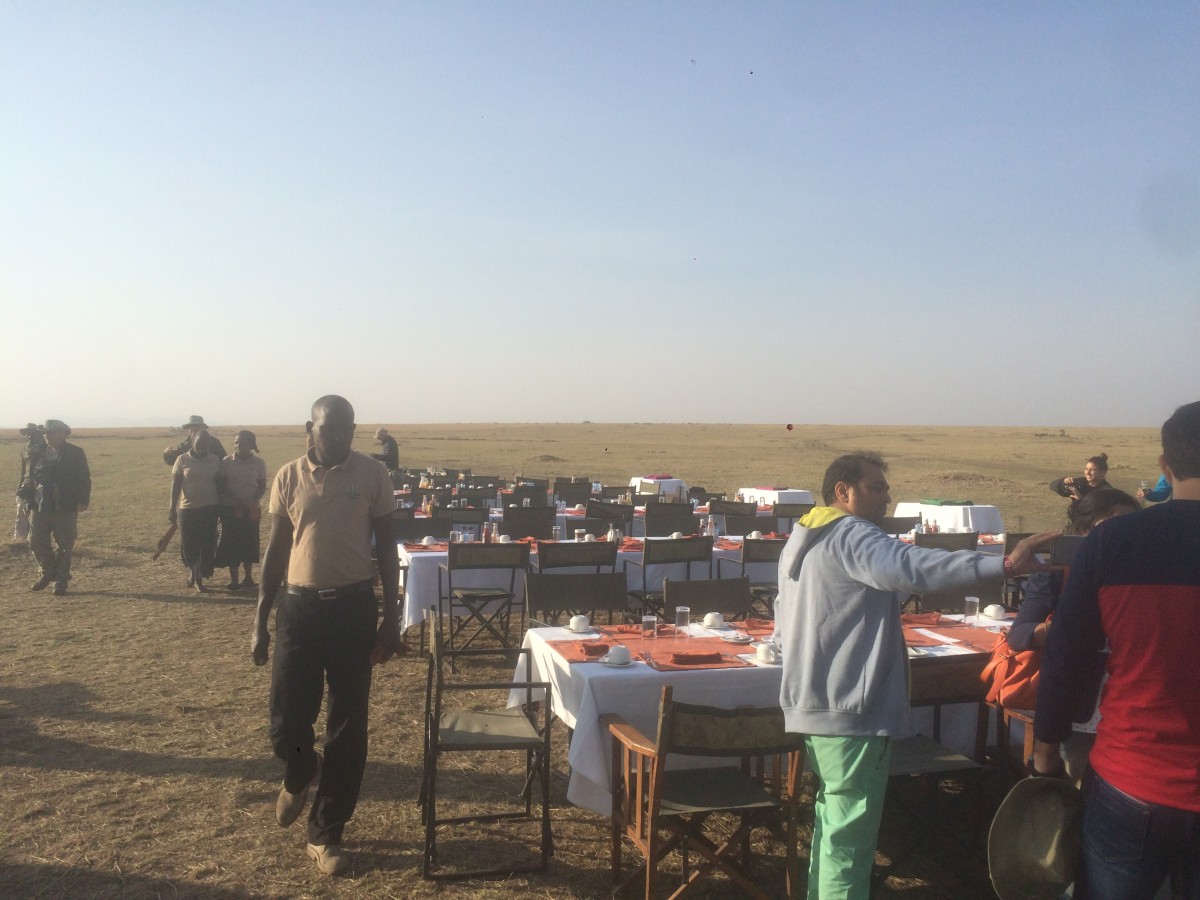 I took a shit in the ‘loo with a view’ and then got walked in twice. Once by Yar and then some random Indian guy. It truly was a ‘loo with a view’, the vast expanse of the Maasai Mara unfolding in front of me. Afterwards, we load up into the jeep.

And now we’re back on the road driving. We saw some lions hanging out, so we pulled up two metres away from them and just watched them. It was so cool to get within two metres of those deadly cats.