Just when you think Asia’s your bitch

Whether it’s the infamous ‘Thai Tattoo’ (road rash), or stepping on glass–you’re bound to get injured here. Here’s a log of the injured I’ve met and their injuries.

Max AKA Hop Along Jesus:

We call him Hop Along Jesus because he cut his foot on some glass after the Jungle Party on Koh Phangan. Before that he was just Jesus on account of his resemblance to the biblical figure. The group would walk somewhere and Jesus would fall behind, hopping along, until he would yell “Slow the fuck down assholes! I have glass in my foot!” We eventually just had him walk in the front.

Ryan AKA one unlucky fuck:

This New Zealander couldn’t have had worse luck. The first night in Koh Phangan the whole squad gets together and meets in Haad Rin. Some of the girls wanted to go to Sandcastle Nightclub, but Cody, Chris, Adam, and I scoffed at the 300 Baht entrance fee and shitty music. We roamed the beach a bit and stooped it at 7 Boms–a knock off 7-11

We return to sandcastle on account of hearing about fight drama. The whole squad of 10 is sitting on the curb outside, and Ryan is covered in blood. Turns out the loser working the door who tried to sell us on the club pushed some girl to the ground on the street, so Ryan steps up to defend the girl and the bouncer sucker punches him. He falls and bangs his head on the ground.

This was only the first injury on Koh Phangan for him.

On the actual Full Moon Party, hop along Jesus got into an altercation with a Thai girl over a bench he was sitting on. The Thai girl returns, this time hurling bottles like a fast ball pitcher. She threw her fastest bottle at Jesus, but it curved and just exploded into a million pieces on Ryan’s head. What a week for this guy.

On or around 22/2/16 Charlie did a backflip over the flaming skipping rope in Koh Phi Phi, but didn’t quite stick the landing. He sustained a broken toe injury. It made for a really cool video, however.

While cave exploring, Michelle stood up suddenly and stabbed herself on the crown of her head with a stalactite. She noticed she was injured after she felt cold blood pouring all over her face. She didn’t have any visible damage.

You can’t always get vert. A failed handstand in Bangkok led to a sprained wrist for several weeks. This made it challenging to do any sort of exercise involving your hands.

This was only a few days before he got head butted in the face by his dorm mate.

It was a foggy day on the road in Vietnam, and Rich was hauling ass on his scooter. As he came up over a hill, he saw a cow appear out of the fog. After running into the broad side of the cow, Rich sustained minor injuries. The bike sustained major damage and could only be sold for $8. The cow just got up and walked away.

This smart man cut open his foot on a piece of glass and proceeded to get blood all over the dorm. It was only after people told him to stop bleeding everywhere that he tried to mend his wounds. I bandaged him up, but he ended up going out again–barefoot. You can mend a wound, but not stupidity.

Someone I met yesterday:

After getting food poisoning in Borneo, he spent two days alternating between throwing up and then having explosive diarrhea. He told me he must have shit his pants at least four times.

After 7 days of diving my ears couldn’t take much more. By not equalizing early enough I eventually bruised the middle ear, causing inflammation and pain the next day. The first 2 days it felt like my right ear was going to explode. It then felt like water was in my ear for 3 weeks. After being on a cocktail of drugs for a few weeks it eventually subsided and I can go diving again.

Faceplanting on a gravel road.

Everyone I met in Phi Phi:

Takeaway from all of this?
Asia’s not anyone’s bitch.

You’re bound to get injured or sick, so just enjoy the funny story. 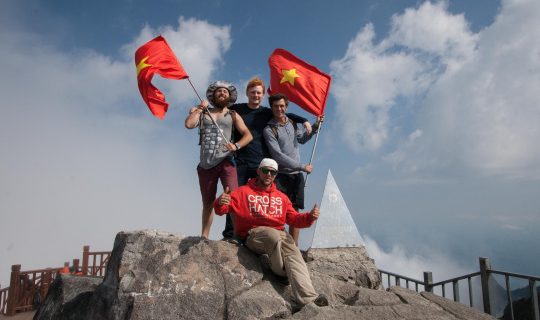 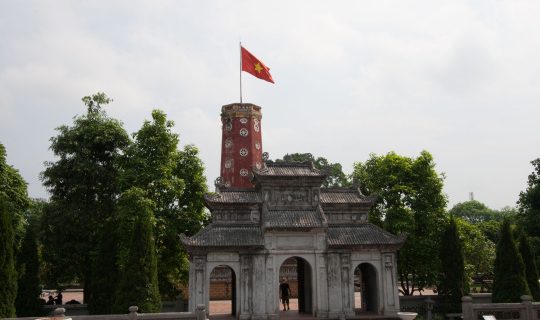